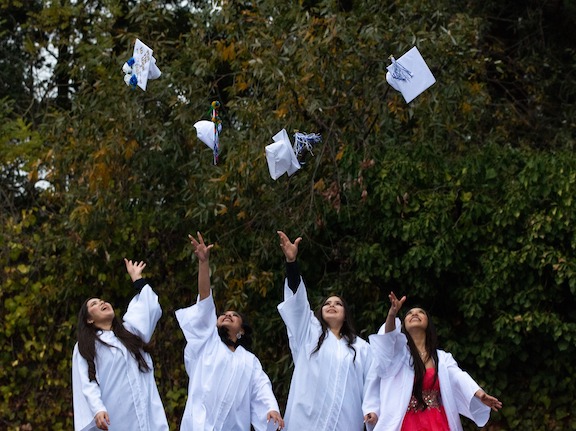 Rudsdale Newcomer High School (Rudsdale Newcomer) opened its doors in August of 2017 as an alternative school geared specifically toward Oakland’s newcomer population. Newcomer students in Oakland are bright, strong, resilient youth who have overcome significant challenges to make it to Oakland, so when OUSD realized they were dropping out at rates higher than other student groups, they partnered with a social worker to interview 50 students to learn what would better support them to obtain their high school diplomas. The results were clear — students asked for flexibility with their schedules to allow them to work and take care of responsibilities outside of school; thus came Rudsdale Newcomer, a full-service community alternative school with reduced and flexible hours, a focus on English language development, holistic individualized support, career exploration, cultivating lifelong learners.

Rudsdale Newcomer’s students have been in the country for 3 years or less, and mainly come from Guatemala, El Salvador, and Honduras, with the vast majority of students speaking either Spanish or Mam, a native Mayan language, as their first language. Additionally, the students have a wide range of schooling experience when enrolling at Rudsdale Newcomer, with some students having completed high school courses in their previous countries, and others having experienced less traditional schooling. Educators at the school work diligently to develop curriculum that is both engaging and meaningful to their students, while meeting each student’s academic and personal needs. On top of the demands of school, Rudsdale Newcomer’s Vice Principal and leader, Emma Batten-Bowman says that most students work to support themselves, and often send money home to support their families. The school has had 83 graduates since opening, and anticipates an additional 25 graduates this calendar year.

When asked what’s the best part of working at Rudsdale Newcomer High School, Batten-Bowman says it’s the students. “They’re incredible. They’re incredibly resilient, strong young people. Some of their stories are unbelievable, and yet they laugh and do regular teenager stuff, and are excited for things like school dances.” Batten-Bowman says she wants to be part of making students see, “You are welcome here. We have opportunity, and you have opportunity, and you’re a gift to our community.”

One of the strengths of Rudsdale Newcomer HS has been their ability to consistently adjust and shift their services based on the needs of their students. A prime example of this was their response to the COVID-19 pandemic. Recognizing that many students and their families were out of work due to the closure of so many businesses, Rudsdale Newcomer raised $115,000 through grants and fundraising campaigns, which has gone directly to students and families to help them find housing and pay bills, and to pay students for school internships. In addition to providing funds to students, educators at the school adapted to focus on their students’ other needs, including tech and computer skills, writing and checking emails, and helping students contact government agencies for important services such as medi-cal coverage, and legal advice. 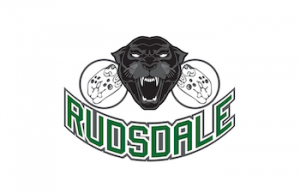 The school’s mascot (right) is the Panther, with two Mayan Jaguars on either side, a nod to their Indigenous Mayan students. Batten-Bowman feels like the panther is fitting for the school because, the panther is an animal that is beautiful, resilient, and strong, just as their students.

If Rudsdale Newcomer had 3 wishes that could be granted today, Batten-Bowman says the school would wish for: 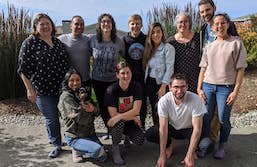 Batten-Bowman says their school is excited about the upcoming move to the King Estates campus for the 2021-22 school year. Their vision is to have the campus be a student hub within the next 5 years. In hopes of partnering with the Alameda County, the hub would have a pregnant and parenting school to provide access to daycare, a robust wellness center, and partnership with adult education to offer GED and English classes to the community, in addition to more traditional continuation services like an independent studies program that offers students more flexibility.

Interested in supporting Rudsdale Newcomer High School? Batten-Bowman says the school would love to have consistent volunteers to work with students and teachers in the classroom and on campus, and monetary donations, which can be made here.

Kate Ray joined the RFF team in 2019. Prior to joining the Foundation, Kate spent two years as a middle-school science teacher, first in Fort Worth, Texas, and most recently in Oakland with Aspire Public Schools.
Kate’s favorite childhood book was Matilda by Roald Dahl.
Her hope for Oakland students is that each will be provided with the tools and support they need to develop and pursue their passions.
Back to blog RFF Shout Out: Springboard Collaborative RFF Shout Out: Lead by Learning
We use cookies on our website to give you the most relevant experience by remembering your preferences and repeat visits. By clicking “Accept”, you consent to the use of all the cookies.
Cookie SettingsAccept
Manage consent